The EA process typically takes approximately 12 to 18 months, including periods of study, technical review, and stakeholder (including public) input. The EA preparation schedule is provided here, and will be updated periodically. (Click picture below to enlarge) 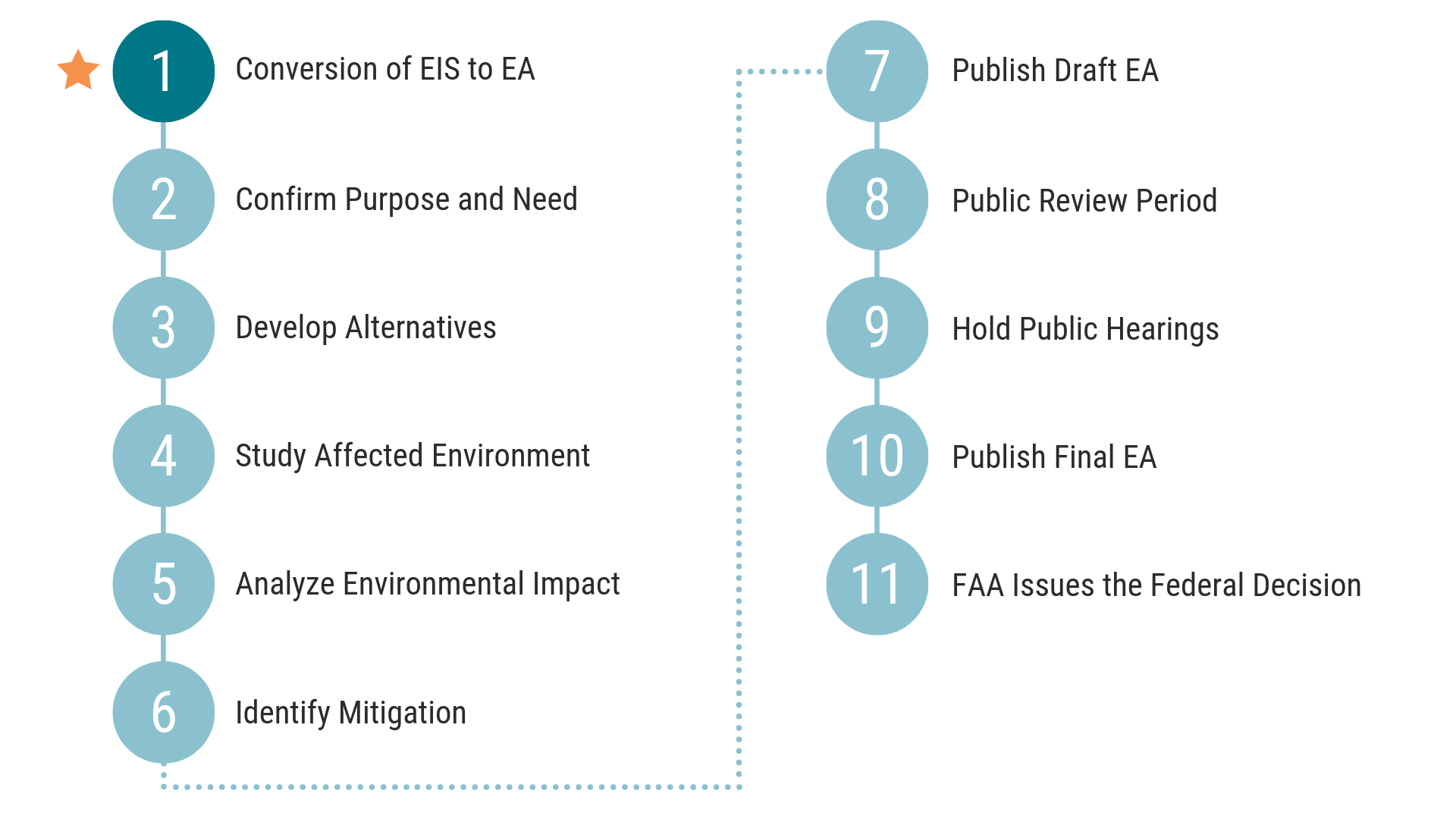